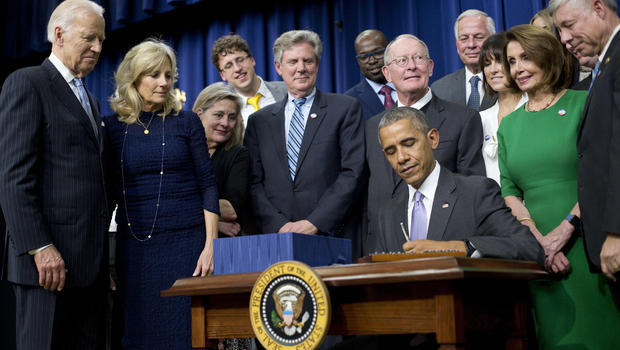 Several months after President Obama laid out his plans to cure cancer in his last State of the Union address, he is signing legislation to do just that. Known as the 21st Century Cures Act, the bill will invest $1.8 billion in a Cancer Moonshot Task Force led by Vice President Joe Biden that aims to achieve a decade’s worth of research in just five years. In so doing, the team hopes to ramp up science and technological progress to the point where a cure for cancer can be found.

The Cancer Moonshot to accelerate cancer research aims to make more therapies available to more patients, while also improving our ability to prevent cancer and detect it at an early stage.

To ensure that the Cancer Moonshot’s goals and approaches are grounded in the best science, a Cancer Moonshot Task Force consulted with external experts, including the presidentially appointed National Cancer Advisory Board (NCAB).

A Blue-Ribbon Panel of experts was established as a working group of the NCAB to assist the board in providing this advice. The panel’s charge was to provide expert advice on the vision, proposed scientific goals, and implementation of the Cancer Moonshot.

A Blue-Ribbon Panel of experts was established as a working group of the NCAB to ensure that the Cancer Moonshot’s approaches are grounded in the best science. Their report outlines 10 recommendations to accelerate progress against cancer.