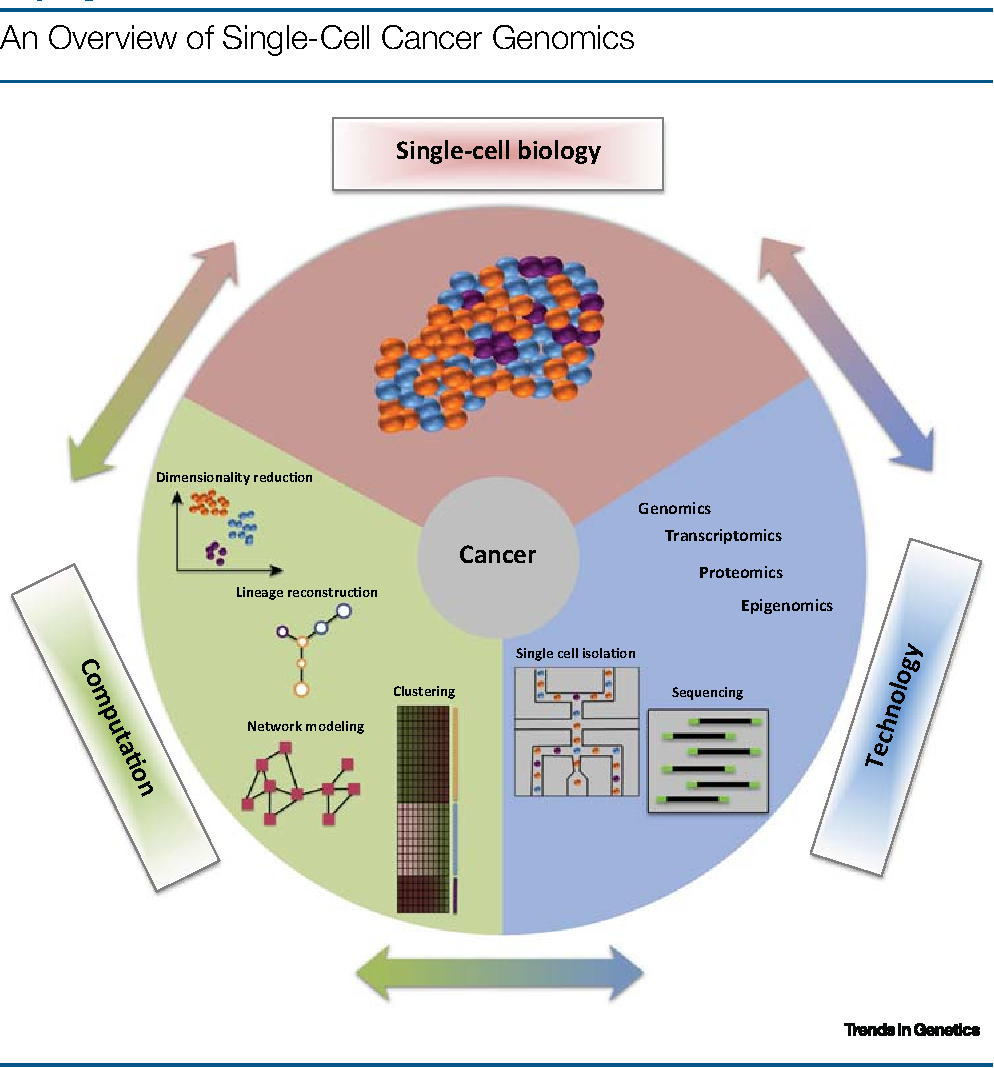 The era of genomic medicine has dawned and is rapidly accelerating as a result of expanded knowledge and technical advances.Next-generation sequencing (NGS) unmasked new, unanticipated understanding of genetic alterations that drive tumor development and progression.

Currently, the US Food and Drug Administration (FDA) recognizes more than 160 pharmacogenomic biomarkers and biomarker signatures (of which approximately one in three are for oncology), which can be used to stratify patients to treatments or to define a patient’s prognosis (https://www.fda.gov/Drugs/ScienceResearch/ucm572698.htm). An unprecedented level of genomic data sharing was made possible through major efforts, such as The Cancer Genome Atlas Project (TCGA), the Catalog of Somatic Mutations in Cancer (COSMIC), and the International Cancer Genomics Consortium (ICGC), which hastened the pace of discovery. For prostate cancer, wherein molecular understanding of metastatic castration-resistant prostate cancer (mCRPC) has been a major barrier to progress for developing novel therapeutics, assembly of genomic information from mCRPC in the cBioPortal (http://www.cbioportal.org) has provided essential insight into this disease state and is likely to significantly contribute to the next phase of therapeutic advances. Open access to these databases has nominated new candidate therapeutic targets, and the impact of this wealth of genomic information will further increase as clinical annotation is added. On balance, delineation of cancer genomes has and will continue to support translational studies designed to uncover or refine clinical treatment strategies.

Indeed, an emergent promise of integrating genomics and transcriptomics into clinical practice has been realized. For example, molecular subtyping of breast cancer has allowed for delivery of more precise modes of therapy, wherein gene expression panel testing can be used to inform the need for chemotherapy and risk of recurrence in a subset of patients; these panels have been prospectively validated and are routinely used in clinical practice.[1,2] For solid tumors with established mismatch repair dysfunction or microsatellite instability, immune checkpoint inhibitors were recently approved by the FDA. This was a landmark, as the approval represented the first biomarker agnostic to site or histology of the tumor.[3] Complementing these advances, it has been proposed that non-specific genetic alterations, such as total mutational burden (TMB), were associated with improved response to checkpoint immunotherapy based on early clinical studies, thus expanding the repertoire of means by which genomic information can be translated into clinical practice.[4,5] Programmed death 1 (PD-1) was shown to be effective in 12 different tumor types, each with measurable alterations in the mismatch repair pathway.[6] Despite these advances, significant barriers exist for implementation into the clinical setting outside of clinical trials, especially in the case of prostate cancer.

In the localized setting, some advances have been made in using gene expression profiling for evaluation of postoperative patients (eg, Decipher). In addition, the Prolaris gene expression test has been shown to have the potential for predicting disease-specific mortality with needle biopsy and may estimate the risk of biochemical recurrence after prostatectomy. The Oncotype DX Genomic Prostate Score also tests gene expression and is designed to inform treatment decisions at diagnosis and for men with low-risk or favorable intermediate-risk disease. These tests are included in the National Comprehensive Cancer Network (NCCN) guidelines as testing options for consideration. However, the multifocal nature of the localized disease and current inability to distinguish indolent from aggressive foci using either genomics or transcriptomics remain a barrier for developing precision oncology–guided treatment plans. Genetic analyses of primary disease showed that there is a high degree of heterogeneity amongst lesions; in a recent study of multiple clones from 41 patients, 76% of pair-wise assessed tumor foci from the same surgical resection had no shared point mutations.[7] Genomic analyses examining primary and metastatic disease revealed that multiple clonal expansions occur, followed by extensive branching and mixing of clones.[8] Moreover, there are no genomic analyses that have been prospectively validated to help guide use of targeted drug therapy.

For metastatic disease (both hormone-sensitive and metastatic CRPC), there is an increase in somatic mutations compared with localized disease, including alterations in candidate actionable pathways, such as those related to androgen receptor (AR) signaling, cell cycle control, and DNA repair. However, it is not yet clear how to readily identify passenger from driver mutations without laboratory modeling and functional interrogation.[9,10] For example, whereas alterations in AR regulatory pathways are frequent in mCRPC (including loss of the AR corepressor NCoR or gain of AR coactivators such as SRC-2 [NCOA2]), there is limited to no clinical evidence that these alterations cause altered responsiveness to AR-directed therapeutics. Similarly, whereas BRAF alterations have now been observed in advanced prostate cancer (including BRAF V600E), clinical evidence that shows that prostate cancers harboring such alterations may respond to BRAF inhibitors is lacking. As the list of potential driver alterations grows, it will be of increasing importance for the translational prostate cancer field to define what constitutes actionable genomic alterations. Amongst other organizations, the European Society for Medical Oncology (ESMO) has developed a six-level scale for assigning clinical actionability to molecular targets, which is a major advance towards this goal.[11]

Once a definition of “actionable” for prostate cancer is determined, it will be of equal importance for the field to delineate priority for the instances in which two or more targetable alterations are identified. Mathematical modeling studies have predicted that the majority of cancer types are associated with at least 5 to 8 potential driver mutations.[12] Additionally, weaker driver alterations typically arise as a result of tumor evolution, thus further complicating the capacity to determine which therapeutic strategy might be most effective.[13,14] Identifying driver mutations is challenged by both intratumoral and intertumoral heterogeneity; as such, driver mutations may be distinct across metastatic sites, thus reducing the potential efficacy of a single targeted agent. Deep sequencing has further exacerbated the capacity to narrow selection of genomically matched therapies since tumors contain a board spectrum of genetic alterations that include complex mutations and large-scale chromosomal rearrangements. The latter is particularly relevant for advanced prostate cancer, in which chromothripsis and structural variations are highly prevalent.[15,16] How these collective, dynamic genetic changes can be assessed, curated, and translated into improved clinical intervention remains an area of intensive research focus.

Perhaps one of the most promising targeted therapies to date are those designed to suppress DNA repair in tumors demonstrating defects in homologous recombination, as achieved through genetic disruption of BRCA1/2 function or related pathways (ie, acquisition of BRCAness phenotypes).[17,18] Laboratory evidence strongly supports the concept that tumor models demonstrating BRCAness show an enhanced response to PARP1/2 inhibitors, as a result of excessive accumulation of DNA breaks.[19] In clinical practice, identification of genomic markers to predict response to PARP1/2 inhibitors remains a work in progress, and understanding of the factors that contribute to purported synthetic lethality remains incomplete. Clinical experience in breast and ovarian cancers has shown that only a minority of patients with detectable pathogenic alterations in BRCA1/2experience an objective response to PARP1/2 inhibitors. Furthermore, a large phase III trial in ovarian cancer (the NOVA trial) showed that BRCA1/2 alterations (and/or evidence of genomically detectable defects in homologous recombination) proved neither necessary nor sufficient for tumor response to PARP1/2 inhibitors.[20] In the case of advanced prostate cancer, the TOPARP study revealed that response to PARP1/2 inhibitors is enriched in patients with detectable tumor mutations in DNA repair pathways; however, responses were also seen in the absence of DNA repair mutations, and not all patients with DNA repair mutations incurred a clinical response to PARP inhibitors.[21] Most recently, a clinical trial in advanced disease showed cooperative effects of combining PARP inhibitors with androgen-suppressive therapies, but there was no measurable impact of BRCA or homologous recombination defect status on therapeutic response.[22] Based on these clinical observations, genomic strategies to predict response to DNA repair–targeting therapies remains a work in progress, and is currently best suited for clinical trials.

Finally, a number of additional barriers limit the feasibility and deployment of genomically informed prostate cancer management. The first of these barriers is the issue of disparities.[23] New findings reveal that molecular features of cancer vary across geography and ancestry, and oncogenic genetic alterations are differentially mutated in different ancestral groups. However, the vast majority of large genome-wide association and tumor sequencing studies were performed on Caucasian patients of European descent, leaving major gaps in knowledge for applying precision oncology to diverse populations.[24-27] The second barrier is an issue of feasibility for delivering precision oncology in community centers, wherein most patients are treated. A recent study revealed that a significant fraction of providers lack confidence in interpreting sequencing reports and/or modifying treatment plans based on genomic data.[28] In addition, patients in the United States must currently enroll in a clinical trial to get access to targeted therapies, except in the few instances in which the drug has been FDA approved. This limitation by definition will restrict widespread implementation of translating genomic analyses into improved care.

In summary, there is high enthusiasm for integrating genomic analyses into clinical decisions to guide therapeutic treatment; however, until evidence shows that changing treatment plans based on actionable mutations can result in improved outcomes, this arm of tumor assessment is best relegated to the arena of translational and clinical research. Such studies, as well as further clarity on the development of common criteria to define what constitutes an “actionable” alteration, will be required for precision oncology to move beyond the sphere of research and into standard practice.